Well here we are, almost at the end of April and a third of the way through the year! What has Trashtastika been doing? (Other than speaking about herself in the third person!) Strangely enough, my hair, and changes therein, have a lot of story to tell.

Here’s a quick vlog to bring you up to speed (especially those who knew me from when I was posting regularly on The Fashionate Traveller).

Of course, me being me, there have been a lot of hair changes as well – or hairscapades, as I like to call them. It’s almost like I had a change of hair for each new chapter of my life this year.

In January I went from the grey/silver shoulder length hair I had then, to aqua blue in February for my Mornington Peninsula visit, when The Morning After screened in Rosebud at the Peninsula Film Festival.

Then late February I got a cobalt blue choppy bob when I returned to Melbourne for the Australian Writers Guild Monte Miller Awards, where I was nominated for my short film script of The Morning After, and then flew onto Cambodia for the screening of the short as part of the Cambodia International Film Festival.

Then I went purple, only to strip the colour out on Easter Sunday to a beige/honey brown bob for my role as a detective in my second short film Remote Access (wisely I didn’t direct this time!). And now I have a very different current hair style – a rainbow asymmetrical fringed nu-mullet. I know – pics or it didn’t happen!

Starting with the dark grey of late last year, which I used for my AWG/Pathways page for my short film script The Morning After: 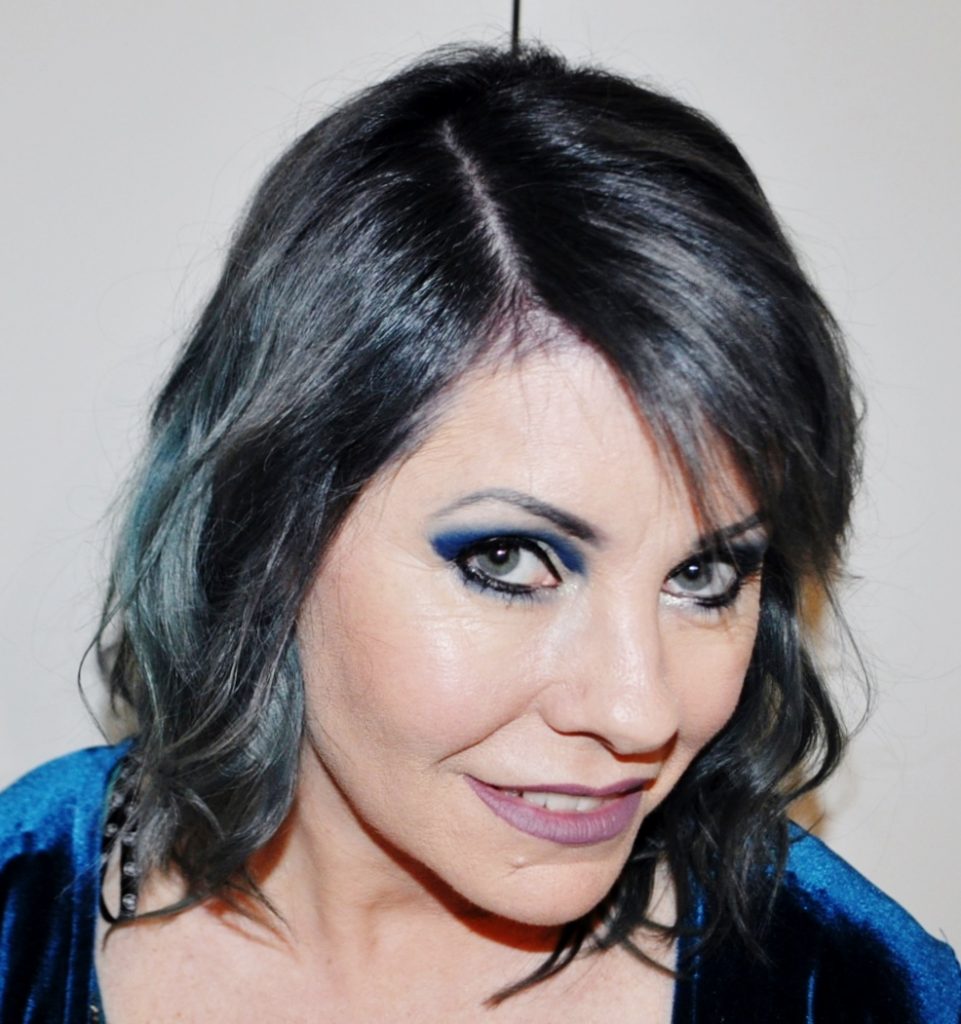 Then I went a really light platinum grey/silver: 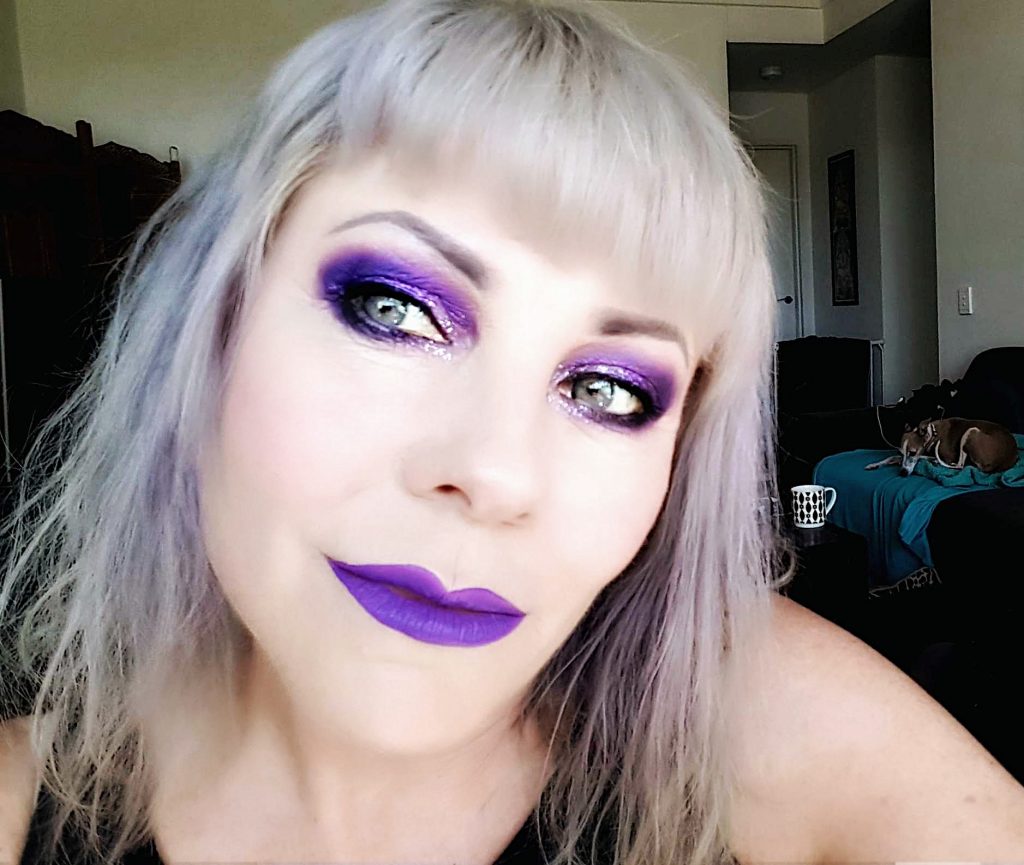 Then aqua blue (as I always do), this time for the screening of the Morning After at the Peninsula Film Festival in Rosebud (seen here in Zara cap sleeve jacket/vest and a black mesh tunic from New York): 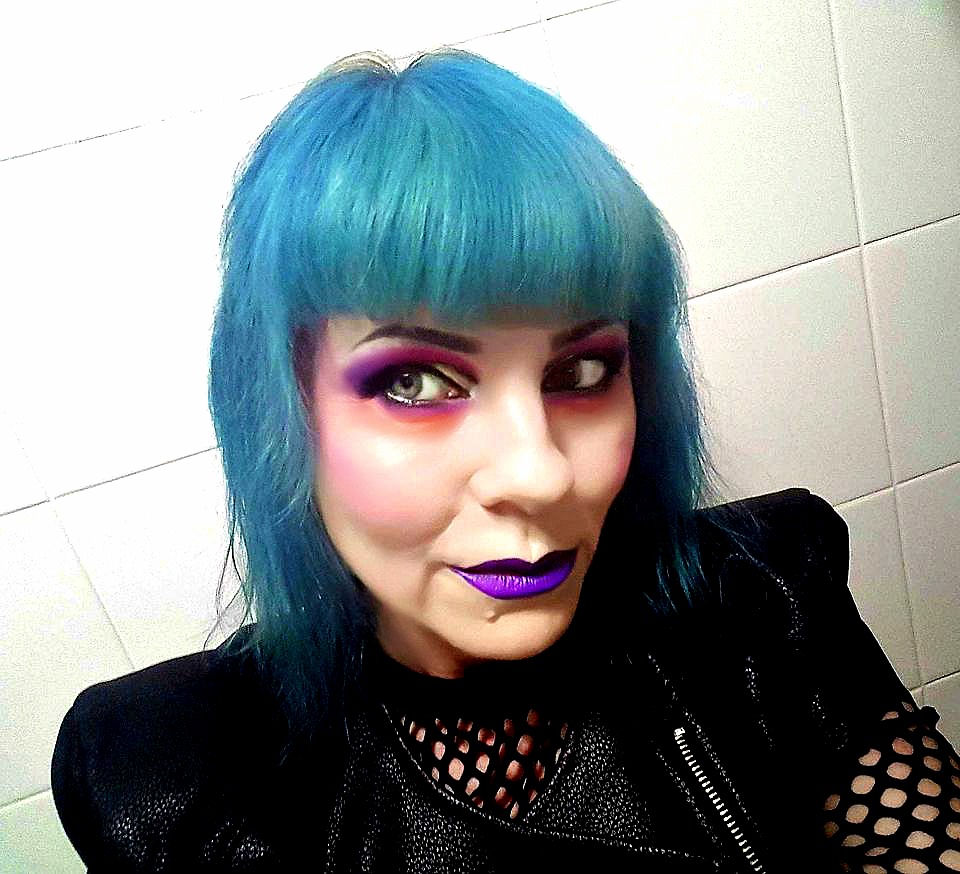 Then there was the cobalt blue: 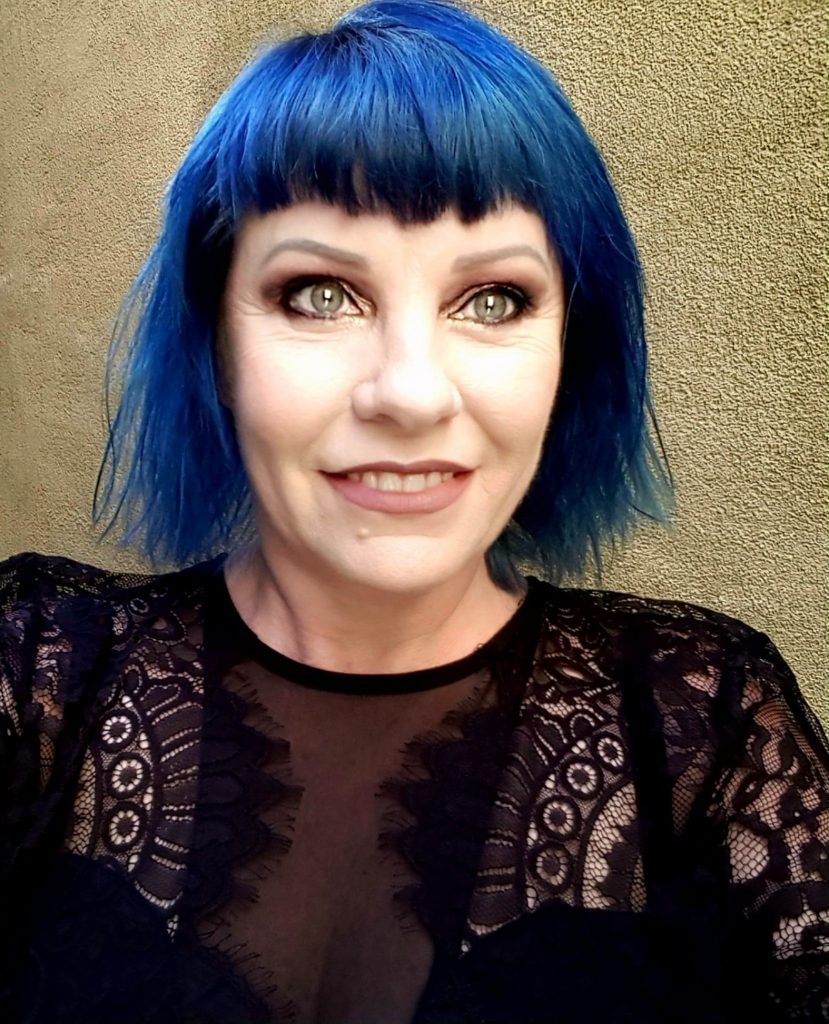 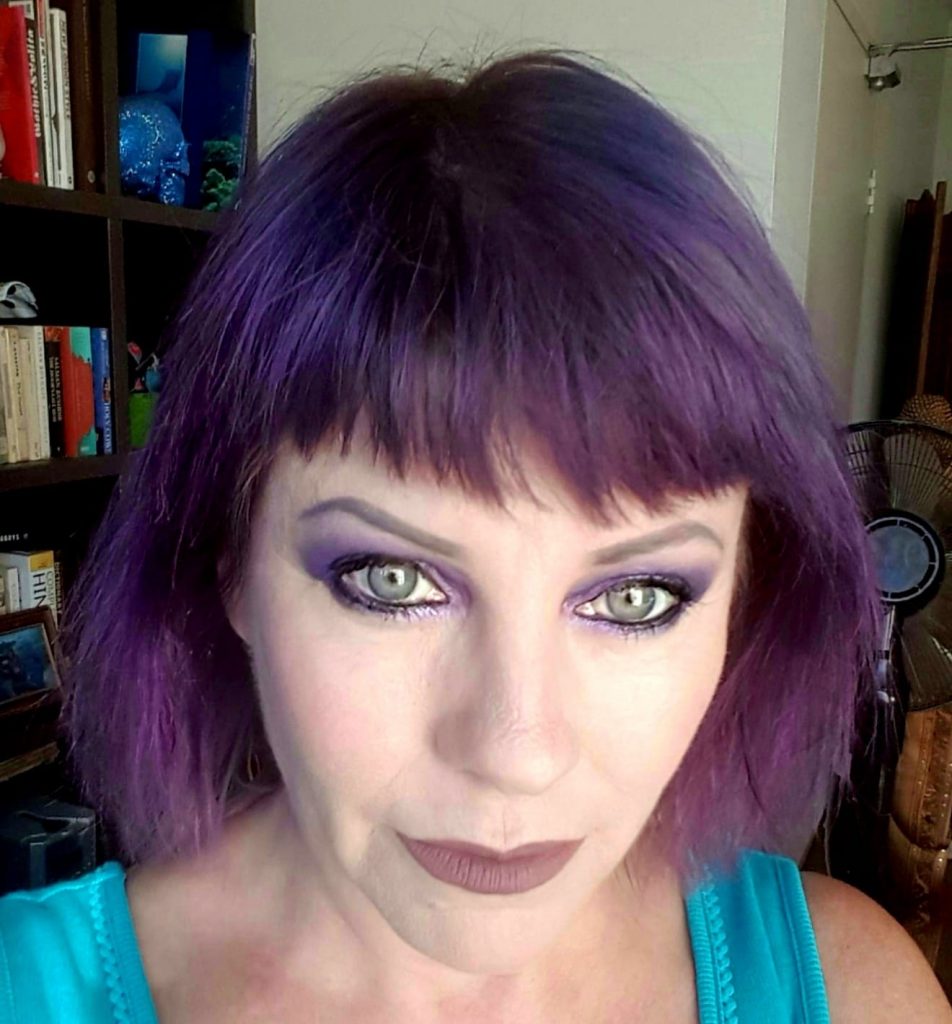 Then I stripped all the colour out to go beige for the film role: 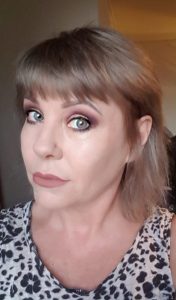 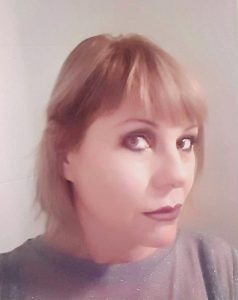 Before deciding to just get it all layered and spiked, with bright colours everywhere (yellow and blue-green at the front, more pinks, corals and mauves at the back): 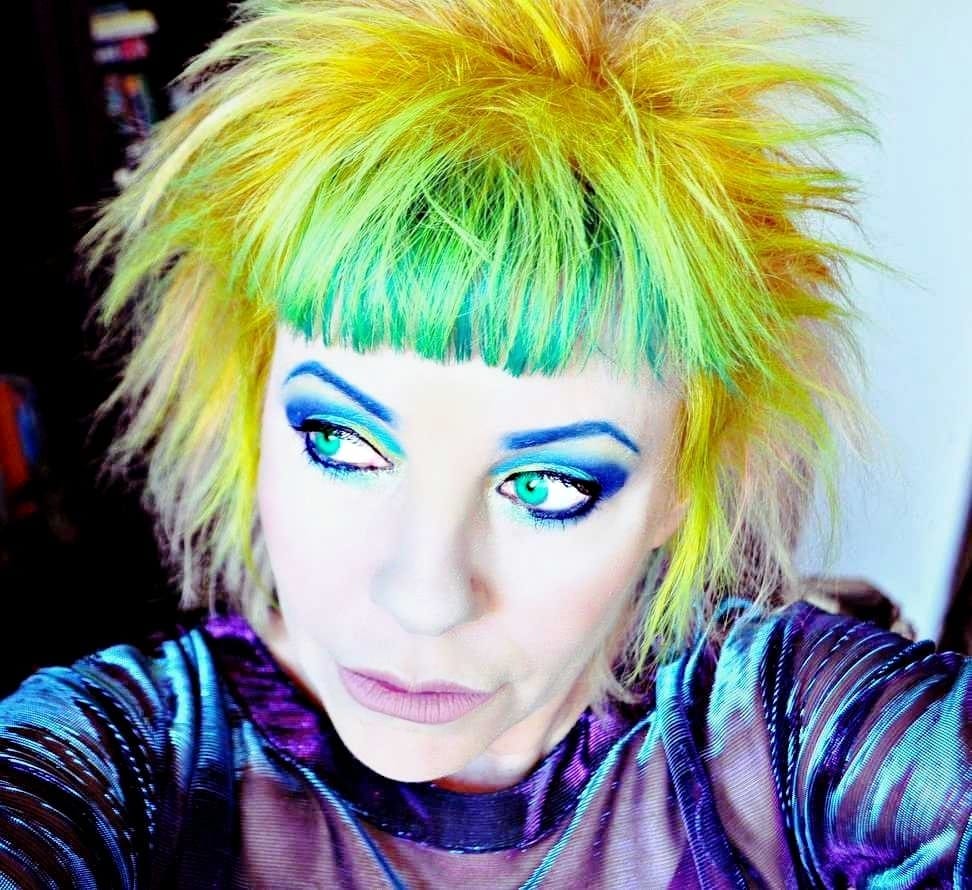 Or here it is down: 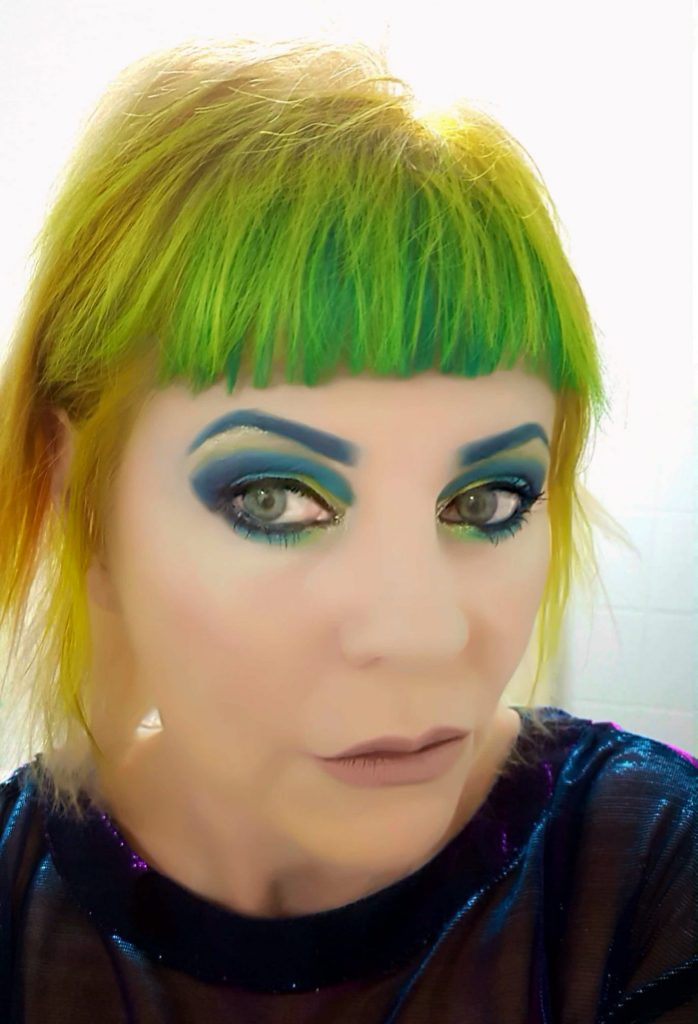 So those were my hair-scapades of the past while.

I am currently on a break from work (as I mentioned in my last post). I’m writing a one hour drama pilot about 3 women who fight to get a second chance in life, while my first film is still doing the festival rounds, and my second is in post-production (having filmed over Easter).  More on that in an upcoming post 🙂