Social Media and me

For many years I kept my work life and love for social media separate.

Since 2003 I worked in the government/transport sector looking at a screen all day (or night – it’s called shift work!). On days off or during breaks I’d spend time on Facebook, Twitter, Instagram and other digital media. I had learned how to use these sites for my benefit, promoting “hobbies” such as my blog, writing, short film  – but it had nothing to do with my everyday job which paid the bills.

Having spent 14 years at this job, which enforced rotational shift-work (working 5.30am – 5.30pm, then switching in a few days to work 5.30pm to 5.30am), I was experiencing burnout and health issues. Almost unconsciously, things were coming to a head.

As the digital age has taken over, businesses, organisations and individuals are realising that social media channels can be used to promote their ‘brand’…and eventually, so did my work.   As I started using Hootsuite nightly to do social media posts, I realised that my expertise in social media – gained OUT of work hours, was of use INSIDE work hours.

A new Communications Director came on board, who was very proactive in moving the company along in using social/digital media, as well as developing strategies for using it to serve our stakeholders and customers.

She shared an article which stated that many jobs would become obsolete within a decade, but the digital arena would continue to grow. People wanting to keep abreast of the changes, and remain employed, had better get with the program. This was a sobering thought indeed – but also one with a challenge.

One day she advertised a course, a Nanodegree in Digital Marketing, run by Udacity – which could be done at one’s own pace! Some staff in our Spokesperson Department were enrolled, and as I checked the syllabus, it looked like it could be a stepping stone for me. 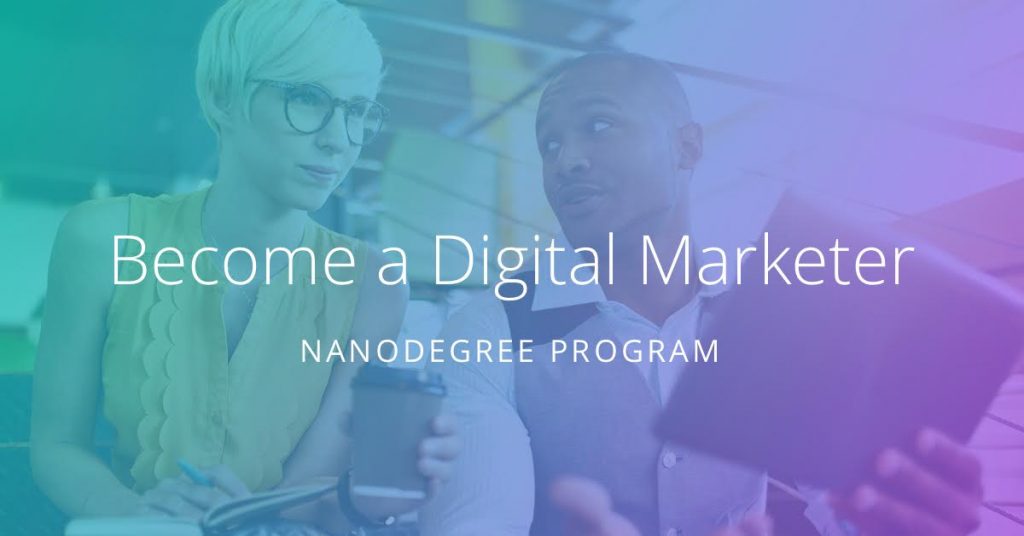 With expertise gained from the course, I could move my career forward, building on skills I already have. And working as a Spokesperson would mean I’d be free from the dreaded rotating day and night shifts. I would be doing a full-time morning or afternoon shift.

I decided to be proactive in my future and enrolled. I also applied for a job as a Spokesperson, and got an interview! But I decided it may be better to take some time off work to study, upgrade my skills with internships, and return later as a more highly skilled member.

I cancelled my interview, applied for LWOP and am now happily at home, studying the Nanodegree in Digital Marketing! I am also working on a feature script and entering my short film into festivals.

The best thing is seeing how, as an early-career screenwriter and filmmaker, I can take the skills I’m gaining to promote my work – and maybe transition one day to be a fulltime creative!

Well, a girl can dream 🙂