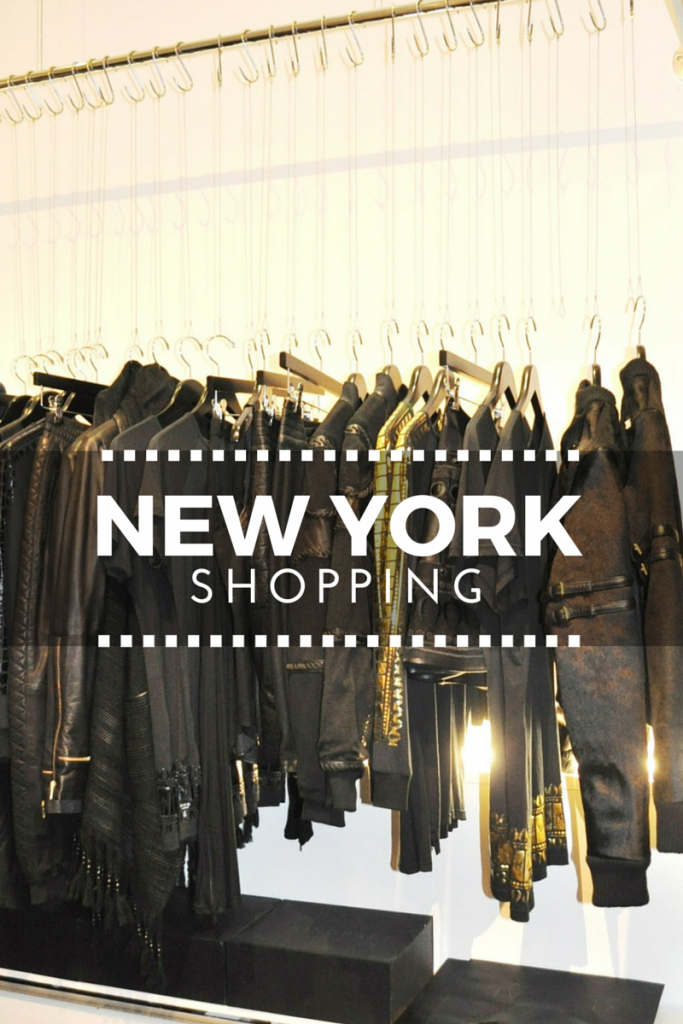 This is the first post in my series on New York Shopping. If you’re an aussie who has never been to the USA before, you won’t believe the shopping and the sales there! The shoe warehouses are a wonder to behold, but that’s not all.  Have you heard of Century 21?

My own revelation came on my second and most recent visit to New York. A friend had told me about Century 21 (the name of a Real Estate business here in Australia), which is a department store in various NY locations, which offers designer clothing & accessories at knock-down sale prices. Like, between 40 and 70% off! There are also sections for homewares, perfumery and electronics.

I visited the downtown store in Cortlandt St which is right near Ground Zero, as I thought it might be less busy than further uptown. I also went during the week, which I’ve since heard is a blessing, as weekends get so crowded it can dampen your shopping zeal. It certainly got more crowded after 4.30/5pm, so going early is a good idea.

There are three floors of women’s clothing, as well as a ground floor for bags and accessories, and a whole separate section for shoes.

In the bag section, I found Nine West bags which had been $89, on sale for $30. A bright yellow Betsey Johnson handbag with little metal bows all over it, was also reduced from over $100 to $60. I had to have it…as well as the Nine West bag with striped sides (I also wanted one with leopard print insets, but only allowed myself to buy 2 bags in total).

In the shoe section I found several high profile shoes and boots from a few seasons before, such as the Azzedine Alaia ponyhair hiker boots from 2011 (alas, too high for me, and a little big). I snapped up a pair of Isaac Mizrahi kitten heeled shoes for $50…and couldn’t believe how comfortable they were, with padded inner soles. Wow, I thought, maybe designer stuff really IS better made! I got a few pairs of cheaper shoes for $20 – $30 as well. 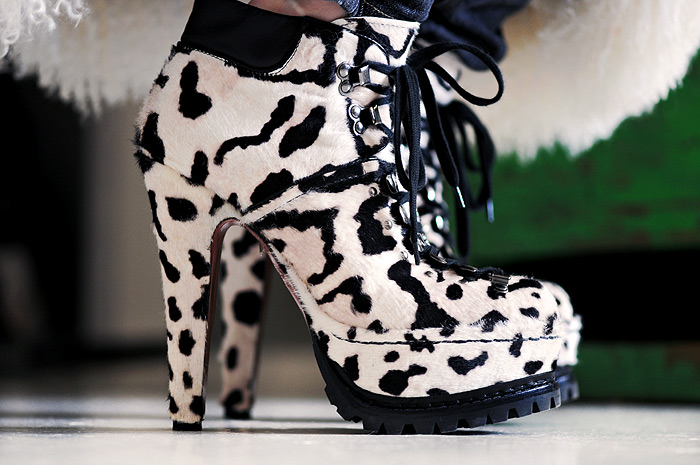 The clothing floors require a big chunk of time to get through – like HOURS. Set aside a whole day for the most thorough searching J I saw a lot of people with shopping carts piled high with clothes – obviously some go a few times a year and buy big!

The clothing is sorted according to size, and according to label, in terms of well known and hip street designers. So you’ll be in the skirt section, say, and there’ll be various racks for small, medium, large and extra large. In the designer section, a sign will indicate if it’s Carolina Herrera or Preen or whatever.

Be aware, there may be long queues to try things on – but a different floor’s dressing room may not be as busy, so pop your intended items in your basket and try a bunch on at once. Or better still, go find a mirror and just try your item on over the top of what you’re wearing – it pays to dress smart for shopping.

Also be aware that each register has its own queue. Some of us think there’s just one and then it fans out – not the case, at least, not when I went! Someone who knows will just come along and be first in line at a register without a queue, if you don’t watch out.

If you’re yawning, going “Well, I’m not going to the US any time soon, so this isn’t relevant to me,” let me tell you, it’s possible to order online from Century 21 and have it delivered to you in Australia!

How? By using MyUS.com, which allocates you an American postal address which it then sends on to you – see the C21 International Shipping page and the MyUS – how it works page.

I used the service when I purchased a coat from a recent Century 21 sale and here’s what I learned.

If you’d like your item sent quickly, you have two halves of the journey to specify how quickly you’d like the item sent – from the Century 21 warehouse in New Jersey, to MyUS which is in Florida.

Since I didn’t need mine for 2 weeks (13th September) , I indicated to C21 that normal postage would do, not expedited. However, it took a WEEK to get to MyUS. I ordered on August 31 and while I selected the UPS 3 day shipping option (for $14.95), it didn’t even SHIP until September 4.  I expected it would ship Monday 1st September and arrive in Florida on Wed 3 or Thurs 4th. It arrived in Florida on September 8!!

So when my package finally arrived in Florida, I had to change my preference at MyUS to have my delivery expedited, in order to receive it in time. I chose DHL Express, which was duly sent out September 9. It would have been cheaper in hindsight to have chosen the express option at C21, to go from one US state to another, than have to pay for an express option to come to me all the way in Australia.  As it was, to get the coat and a shrug sent, weighing in at 5.3 pounds, cost $69.78 USD, or $78.64 AUD. It pays to order ahead of time so you don’t need it expedited!!

I have to commend MyUS though, for sending it very quickly, and for the package being tracked every step of the way, so I could watch it fly from state to state and finally to Oz. I did indeed get it just in time for my photo shoot. Another plus is that I could pay both at C21 and MyUS using Paypal – great for someone who doesn’t want to use a Credit Card.