How do you go about writing a show for live performance? As with everything else, it starts with an idea.

For me, I knew I wanted to do a musical which used songs from the 80’s/90’s by gothic & darkwave artists – such as the Cure, Siouxsie and the Banshees etc.  reason being, I have been in the gothic & alternative music scenes since around 2000, and they have nurtured me and provided great community. I wanted those subcultures to be represented in the Sydney Fringe, especially as they are so prevalent in Newtown where the festival is held.

But what would the storyline be? Back in May when I first applied to the Sydney Fringe Festival, I had no idea.  No basic idea, no characters, no particular themes. As I thought about some of my favourite TV shows, such as Spaced, the IT Crowd, Green Wing, League of Gentlemen, and the Mighty Booosh, I knew I wanted it to be a comedy. And it was a little idea taken from the Mighty Booosh that gave me the idea I needed.

There was a very funny episode when Richmond the goth was introduced. 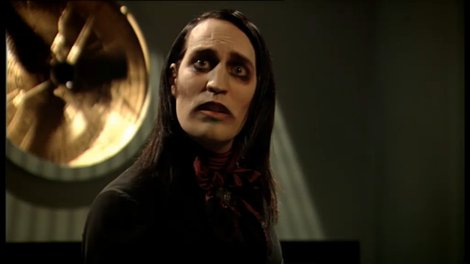 There was an even funnier episode where he decided to better himself by going back to being straight, and in doing so, worked his way up the chain until he became a boss, hence Goth2Boss. 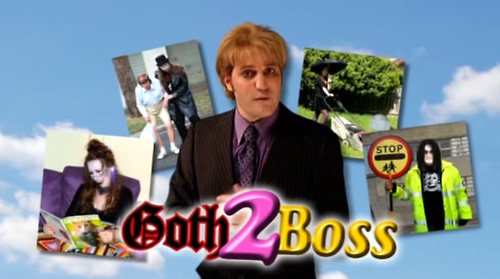 I decided to reverse that equation and make my storyline Boss 2 Goth.  Stoopid, eh? But it was a start. Since I myself wanted to perform in it, there had to be a main female character, and I decided to make the setting a share-flat with 2 females. The first male character would therefore be the boss of one of us.  He would have to start out non-goth, and there be a process by which he became one, or had his eyes opened to music of that era. Hence, some conflict was introduced.

From there, I thought about the songs I wanted to incorporate – thinking about songs I myself enjoyed and would want to hear, as well as what songs I would like to sing.  Whatever songs were chosen would also have to be meaningful, drive the story along, or just plain give good entertainment, so I pored over various song lyrics to see if a song could be used. Unfortunately, some beautiful songs such as Echo & the Bunnymen’s “Killing Moon” had to be rejected as the meaning just didn’t fit the play, and others such as Siouxsie’s “Dear Prudence” had to be abandoned as APRA could not obtain the rights for me to perform it. Oh well.  “Swings and roundabouts”, as Moss always says 🙂

I also thought that one of the songs should supply the title of the show, and early on, I was thinking about the Cure’s “Lovecats” and “In Between Days”.  A quick facebook poll and IBD it became (although bowel malfunctions within the script would not appear for some time!!) I thought that the phrase “in between days” could be nicely used to reference  a person such as the protagonist being in the process of changing, which is what must usually happen in a play for it to have dramatic potential. As I used the song in the final show, it came after the big confrontation/emotional climax, during the exposition of the denouement, or reconciliation of the 2 main characters.

So for me, the idea and the songs themselves gave me a basis on which to build. 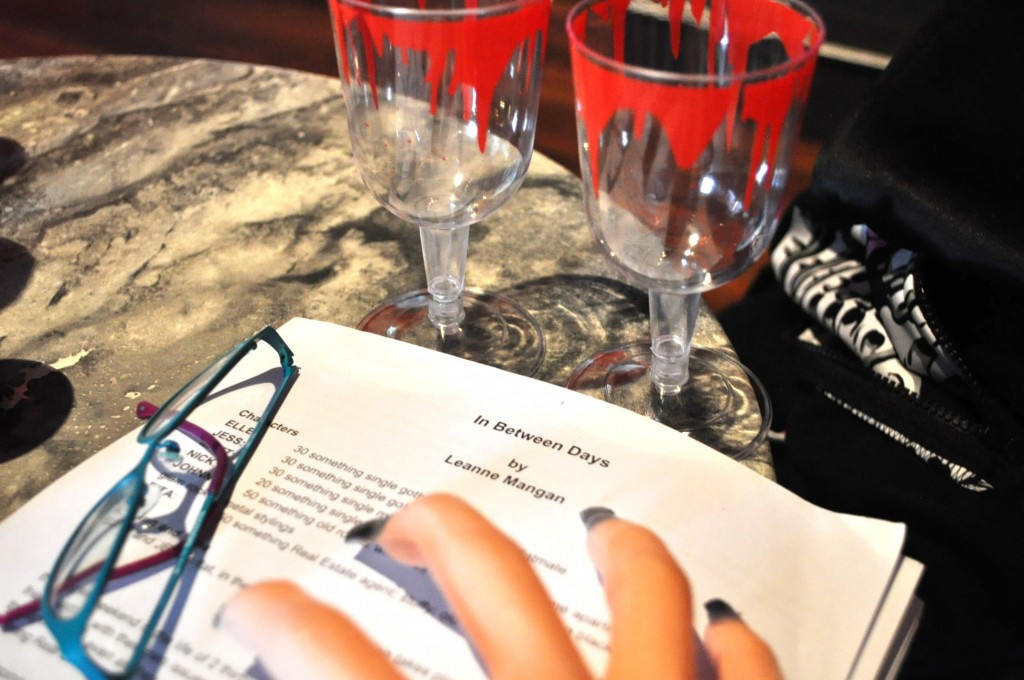 Have you ever written a ply or a musical? How did you come up with your concept?