I’m writing today from Phuket, Thailand, having completed my first short film “The Morning After“, in Siem Reap Cambodia – at the age of 52!

Never one to do things quite the same way as everyone else, me. The film started life as a writing exercise for my screenwriting course at AFTRS, and boy, would I have gotten a shock all those months ago if someone had told me I’d be going to Cambodia to film it!

I’ve always written, seen myself as a writer – and never had the desire to direct or make films. But sometimes the only way to get a project made, is to do it yourself.  Sometimes the only way to make a name for yourself as a writer, when you’re starting out, is to make something of quality that will get your name known. And sometimes the tide carries you and your little boat of plans along a different fork in the river, and the best thing to do is go with it. 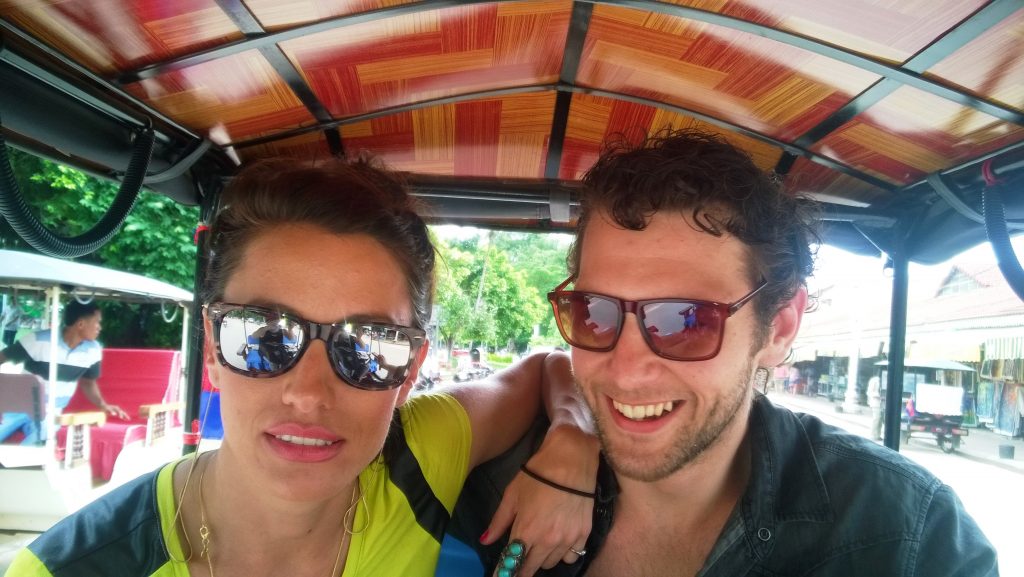 And so, despite having written a comedy web-series and saved up 10k to make it, when co-incidences started to happen, pointing a big arrow sign THIS WAY towards the short film, I followed.

I had just bemoaned to someone online that I had a short drama script, but no way of getting it filmed (set as it was in Siem Reap), when later that day I learned of Filmmaker Abroad – a group that takes people overseas to learn documentary making. And where was the group going next? Siem Reap, Cambodia! And when? Dates in September that I could easily get time off work for. I called to ask Sean Cousins, Filmmaker Abroad director, if it might be possible to do a short narrative film instead of a doco – and within a day or two, the plan was set in motion.

Sean worked with me script editing to make the thing more cinematic. I learned that it’s better to come up with images to tell the story, than to tell it in words. Time and time again we’d delete a block of dialogue and find a small action sequence or image to replace it.  The script is FAR better for it. 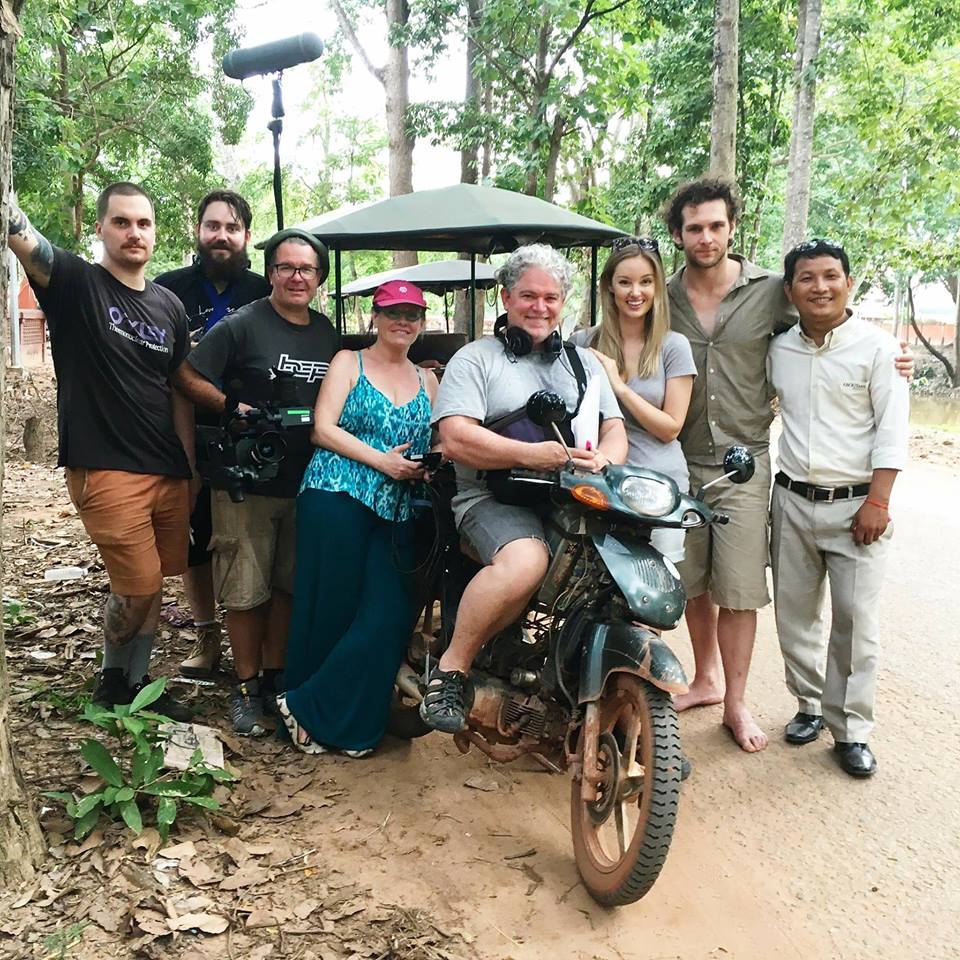 Then there was the crew to think about, and while I would barely know where to start, Sean assembled the group for the job. Rocco Fasano, who along with Sean has been 25 years in the business, agreed to be the DOP.  Camera assistant/focus puller and sound technician would be students at Melbourne SAE, Ben Friesen and Feliz Parnell respectively. Everything else we would cover ourselves, Felix also boom operating, Rocco managing lighting, myself doing make-up, costume, set design and props, and Sean being the production scheduler and overall producer.

I cast Luke Middlebrook from Australia to play Dave, the main role. Not long before we left for Cambodia, I discovered online a well-loved Khmer actor called Tep Rindaro, that I wanted for the part of Mr Samorn. Daro (as he likes to be known), played leader Lon Nol in Angelina Jolie’s soon-to-be-released on Netflix film First They Killed My Father. Thanks to a local film fixer, we managed to get in contact with Daro, and he came on board!

In another co-incidence, the actress/singer I cast from Siem Reap to play Dave’s girlfriend, Hilde Marie, looks not unlike a young Angelina Jolie. 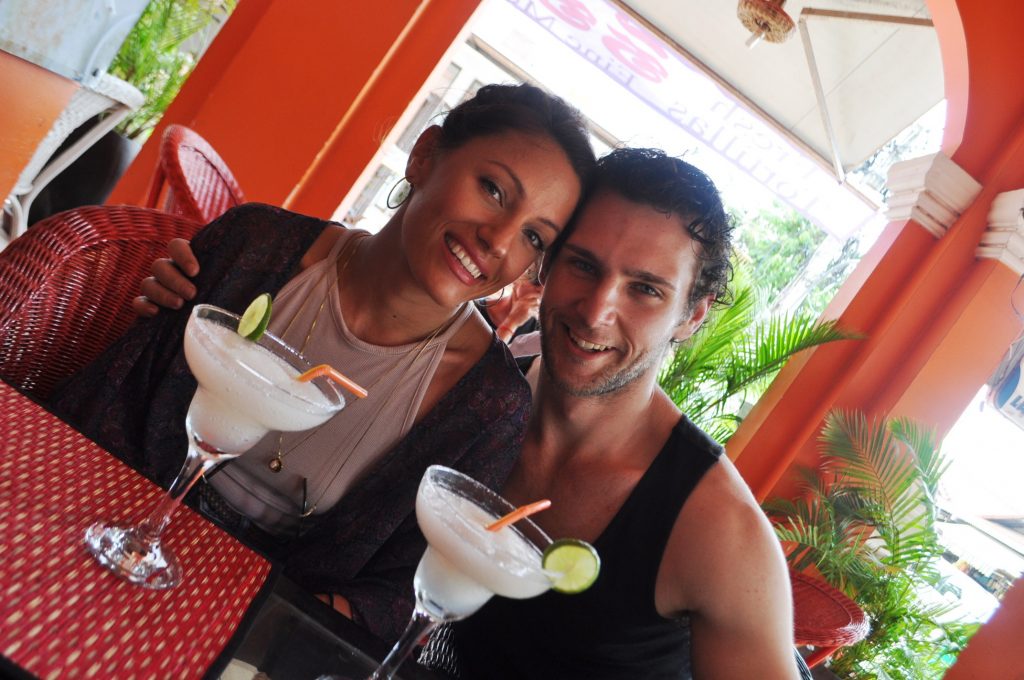 After a hard 2 weeks in Cambodia’s heat, humidity, and rainy-season thunderstorms, the film wrapped. Now the long period of post-production begins. Hopefully we can get it out around Feb/March next year, and start submitting it to film festivals. For now, stay tuned, or check out the Morning After’s facebook page.

Ultimately I just want to encourage people to go for it if you have a dream project, and not tell yourself it can’t be done, before you try. You never know, you just might find a team to help you achieve your vision!