So…I still haven’t written about the last US trip…and now, I’m off AGAIN!!!!

I know, call me self-indulgent. But there is a good reason. I’m friends with musical writer Fred Sauter, and his musical Bedbugs!! was due to go off-Broadway, but by the time I’d booked my last trip, we still didn’t know dates. Well, it has now opened, and so I’m off to see it before it closes. I managed to catch up with Fred in Harlem for drinkies – yes, Harlem IS pretty safe to go to now, at least around 110th St where we were, and where swanky bars abound. 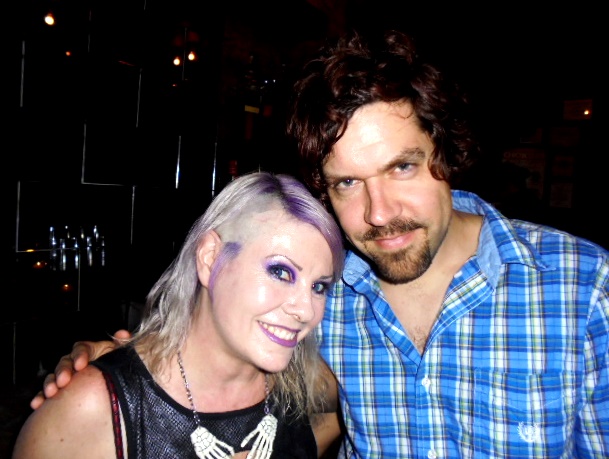 Me with Fred, writer of Bedbugs!!!

To get back to the last trip though, I saw 3 musicals – Hedwig & the Angry Inch with the superb Neil Patrick Harris and Lena Hall (see the set below), Cabaret with the fab Alan Cummings (and adequate Michelle Williams as Sally Bowles), and Avenue Q (with no-one you’ve heard of, as it’s getting on a bit now!) 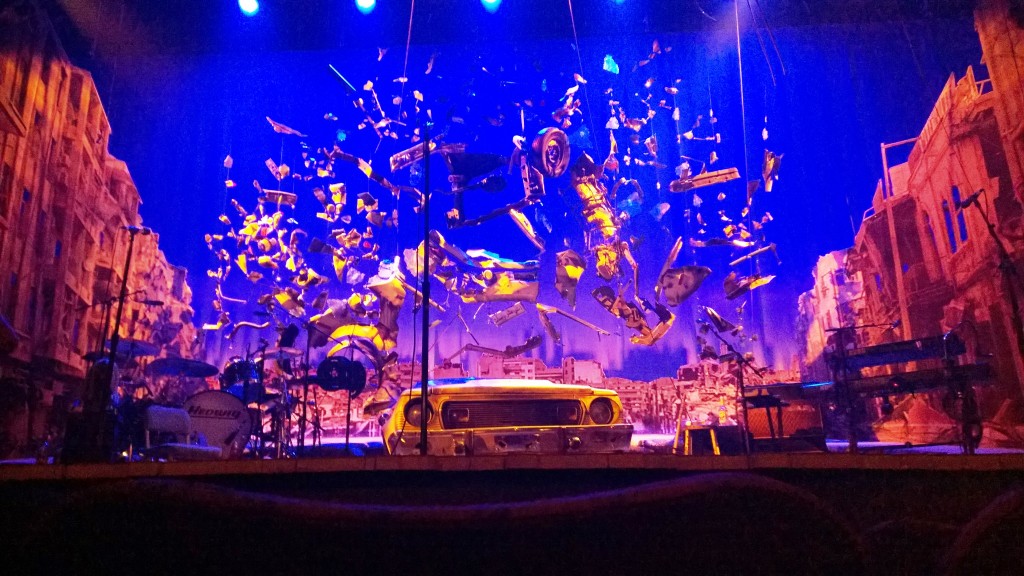 The set of Hedwig & the Angry Inch

Before that, in San Francisco, we visited the major districts, hit some cool alternative clubs, saw the beautiful houses called “Painted Ladies” and ate the most delicious French and Peruvian food…and lots of chowder. 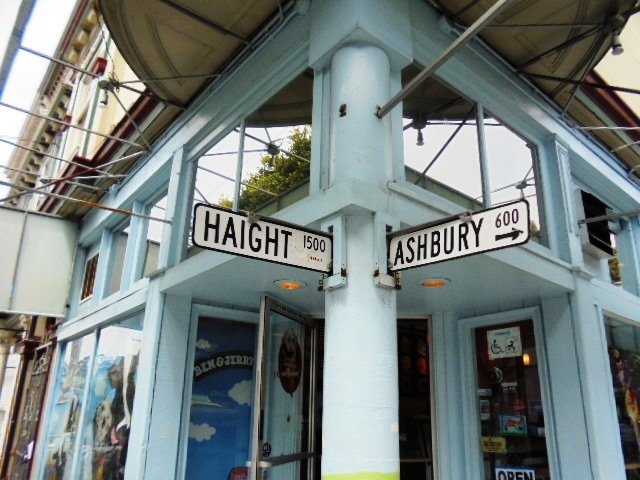 The infamous corner of Haight & Ashbury

In New York, we discovered the East Village, which I am totally in love with and now want to live there. Tompkins Square Park has become my fave park (not least because of the great 2-part dog-run there), and there was even an open-air punk gig  on our last weekend. Below is The Bean coffee shop, above which is the East Village Hotel, where we stayed. 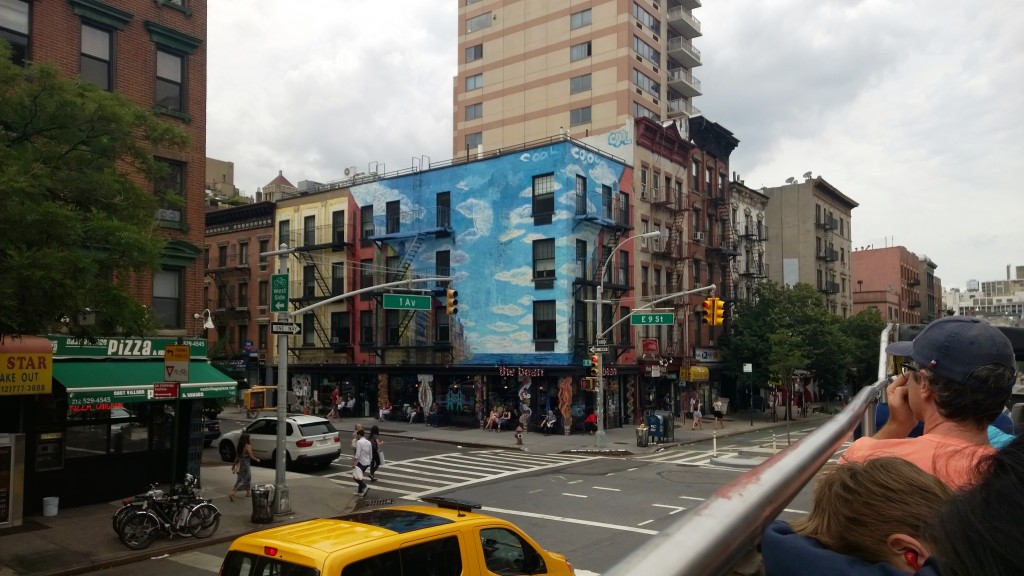 We hit a record number of dive bars, with new faves being Manitoba’s (a punk bar), the Library (dark literary references like Poe, Shelley and Lovecraft abounded), the Double Down saloon, and the most trashily named “Spanky & Darla’s”!!! Otto’s Shrunken Head remained a firm favourite especially for the Tuesday night Darkwater Tuesday goth nights (with the lovely Lori in bar attendance), and the Three of Cups, which has retained its rock, glam & metal flavour. 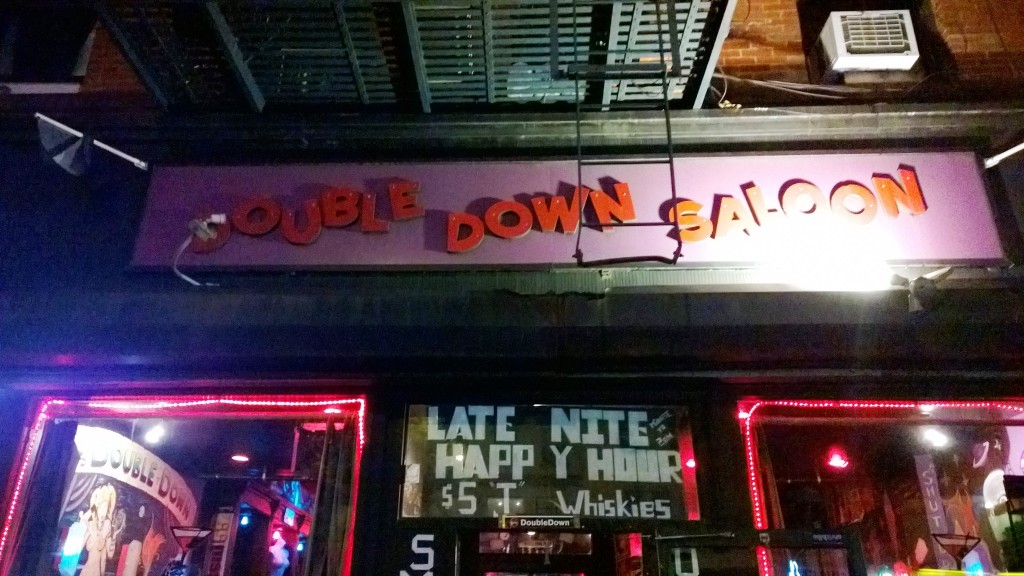 The Double Down Saloon, NYC

So yes, there were goth nights, a fab Psychobilly Luau festival in Brooklyn, the usual touristy visits and lots of eating and drinking. 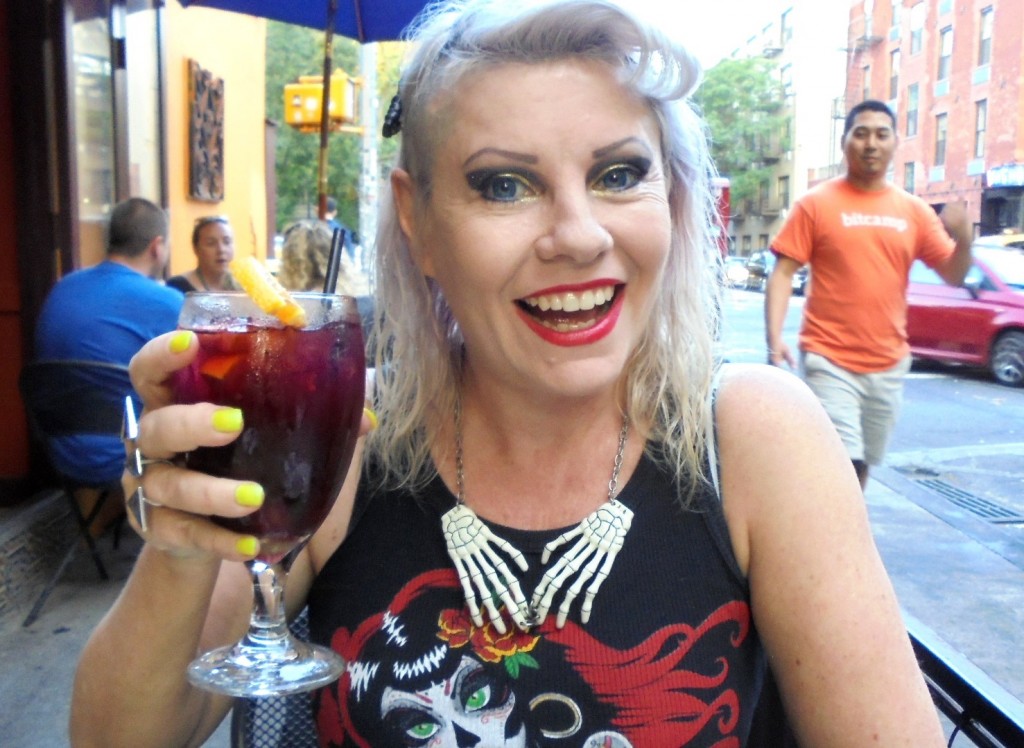 Drinking a refreshing Sangria in the East Village

Rather than writing more here, I’ll keep this as a summary and delve more into each topic in future posts – so stay tuned 🙂

What are your fave haunts in San Francisco and New York when you’ve visited?