You know when you see a snippet of a trailer for a sitcom or web series and you think: “wow, that’s my kind of show”? Well, I definitely had that response when I first saw the trailer for upcoming web series Bruce.

Written by Warwick Holt and Mat Blackwell, it was directed/produced by the team who brought How To Talk Australians, Jason Byrne and Tony Rogers. Rogers also brought us the hugely successful series Wilfred – which went from winning best comedy short film at Tropfest 2002, to being screened on aussie broadcaster SBS, before being commissioned for a US version starring Jason Gann and Elijah Wood! But I digress…

Bruce is a dark comedy set in a share house that just happens to be a prison tent in Sydney Cove in 1788. In Mat’s words:

The idea is, it’s a modern sharehouse comedy/drama, but it’s set in 1788 convict Sydney – the British occupation/invasion of the land that became Australia.  The characters have no idea they’re in some grand sweeping Period Of History: they’re more concerned with their own petty human existences, whose turn it is to do the dishes, who’s got the most room in the prison tent, that kind of thing.  Seems like a nice little concept for a show, we think: a much needed antidote to the constant stream of stuffy puffy period dramas mainstream media seems to constantly throw our way.

Bruce from Tony Rogers on Vimeo.

It is still off in post-production land, so no more sneak previews for now – but if you’re interested in the creators behind it, read on, for here is my promised interview with them….

Warwick Holt (‘Wok’ to his mates) and Mat Blackwell are an AWGIE-winning writing duo who have written for quite a few TV shows together, as well as their own screenplays – but they’re mainly known round the town as gag-meisters, notably for Good News Week. Yeah; they’re funny. 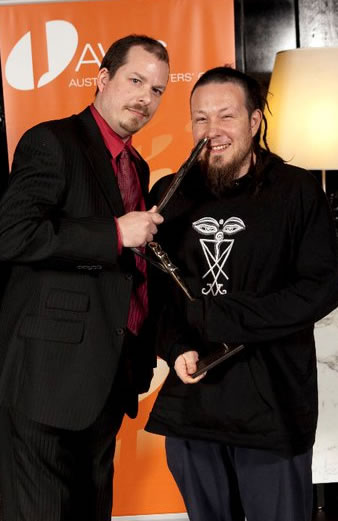 They are like two halves of a brain, it seems, with Wok being the analytical, structural one – appropriately, since he has a Masters in Mathematics – and Mat being the intuitive type of writer.  This, of course, affects the process.

As Wok says, “I’m always looking for the best way to rework my ultimate Excel beat sheet template, where Mat just wants to jump in and start writing dialogue and see where it takes him”.

Mat agrees, “Wok will plot out every beat and arc and everything, whereas I prefer just to WRITE and see what happens.  We’ll get together and come up with a madbag of idea-scraps and potentialities; we’ll write on bits together, we’ll write bits separately, we’ll draw up spreadsheets and arcs and re-arrangeable scene-markers; basically, we’ll attempt stuff in every way it can be attempted”.

I asked Wok about his recent stint in the writers’ room of House Husbands (as this is a more standard production model). Who was in the room and how was it run?

“Ellie and Drew (the show’s creators) were steering the plot. The others in the room, including the writer, a script consultant and the upstart observing writer, lobbed in ideas and pointed out plot holes as seemed appropriate”. But structure remained paramount:

“It gave me a great insight how to start from scratch and build a story up, how to identify those key commercial break moments, and how to spread the focus between an episode’s A story and the other story strands”.

Interestingly, as a result of being on set, Wok learned there was a greater need “to be clear and unambiguous, not only within the larger sweep of the storylines, but also within the scene.  Actors and even directors, shooting out of order and coming straight off another episode, may think a line is referring directly to the scene they are shooting, rather than a different story strand, that was intended”. Hence rewriting is sometimes needed for the intention of a line or scene to be clearer to the actor and sometimes director.

There were likewise logistical issues with getting Bruce into production that had impacts ranging from actor availability to timing to structure.

Due to issues with funding, it took three years from when the original trailer was shot, for the series to be greenlit. In this time, two of their lead actors had become extremely successful in the US; Eliza Taylor in The 100, and Angus Sampson in Fargo, Mad Max and Insidious. Angus only had FOUR DAYS available in which to shoot, which didn’t mesh with Eliza’s availability, so her part had to be replaced. Another corollary was that scenes and whole storylines had to be cut. 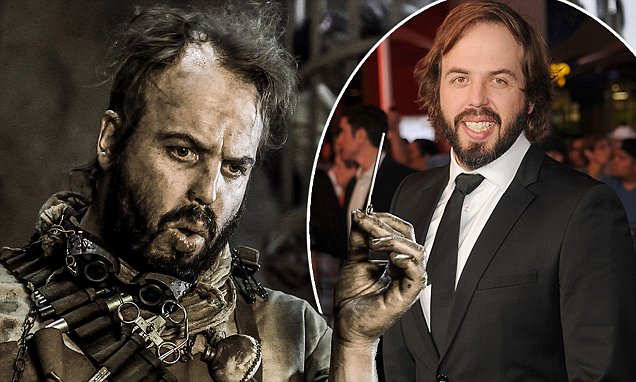 Wok explains, “Tony and his First AD were pretty aware of what were considered ‘must get’ scenes, and the other ‘nice to have’ scenes were mostly not gotten. (The same logic applied to lines and in particular visual gags). But we did throw out one whole subplot which saved some time. And some characters didn’t quite get the arcs we were hoping for”.

Mat adds, “we were constantly having to lose scenes because of time and budget constraints, and so we’d have to patch up the gaps that those un-filmed scenes suddenly left… we managed to cut everything down to a nearly-manageable level before it came time to shoot, and because we had such a limited time with Angus, we just had to shoot the priority shots first, and when we lost a scene, it would generally be something less important”.   They did have two more days to shoot scenes not involving Angus, it should be noted. 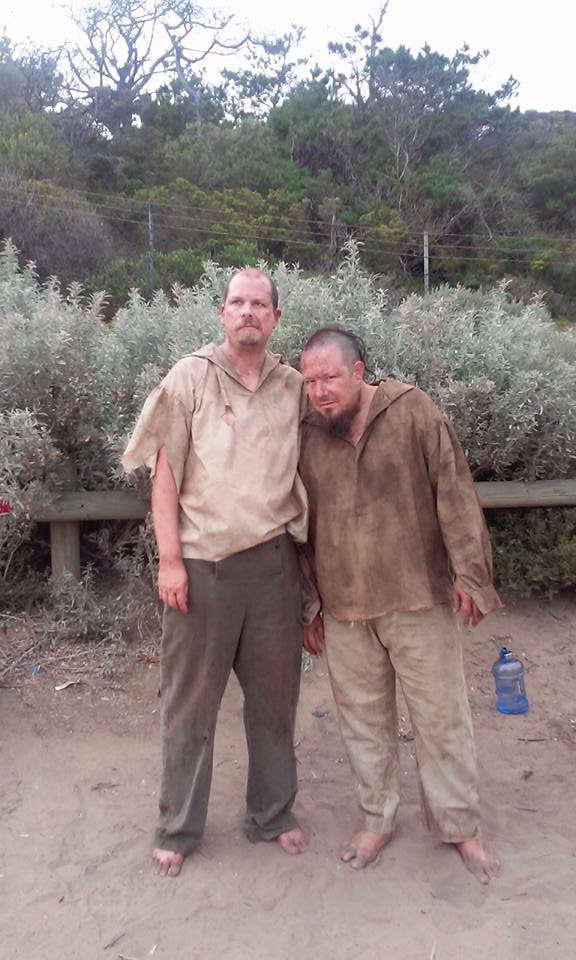 Wok and Mat had received development funding in 2010 through the Film Victoria/ABC TV comedy initiative STITCH, which led to a three-day mentoring seminar for Bruce (which was then in half-hour sitcom format).

In the intervening years, as Mat writes in his blog:  “the road has been littered with drafts, redrafts, bibles, arcs and short-lists.  We’ve cosied up to the right people at the right funding bodies several times, only to have them be sacked, retire, or leave for more commercial pastures”.

Finally in 2015 Screen Australia funded Bruce through its Multiplatform Drama program, which had a definite knock-on effect.

Wok explains, “It’s only in the last year that we applied to Screen Oz and turned it into a web series, which will be roughly 6 by 8ish minutes. We had written 3 half-hour eps, and they formed the basis of what we turned into our webisodes – though a lot was added and a lot more removed to make the whole thing work”.

As Coldplay once (annoyingly) sang, “nobody said it would be easy”.

Mat prefers to keep all mysterious, but he does have a blog:
Mat Blackwell’s blog
He also has a novel out in e-book form from Amazon now! BEEF.
In Wok’s words: BEEF is a hilarious and thought-provoking tale of love in the time of vat-meat. If you like authors such as Kurt Vonnegut, Iain Banks and David Foster Wallace, well, Mat does too. So at least you’ve got that in common. Get some BEEF on your device now!