One of the most formative events in my life was my first travelling experience: India. I have since been 4 times, having spent over a year there all up, and am still fluent in the bit of Hindi/Urdu that I know (and numerous Bollywood songs!) 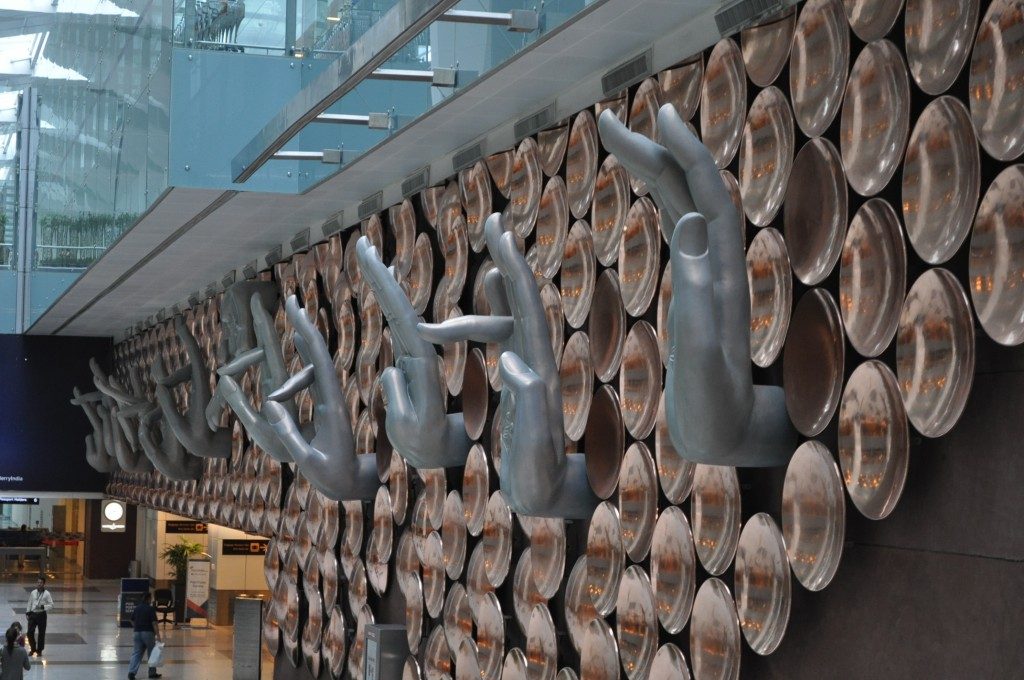 It has formed much of who I am as a person, my understanding of humanity, ideals – and just expanded my awareness of so many things, that I wanted to write about it. 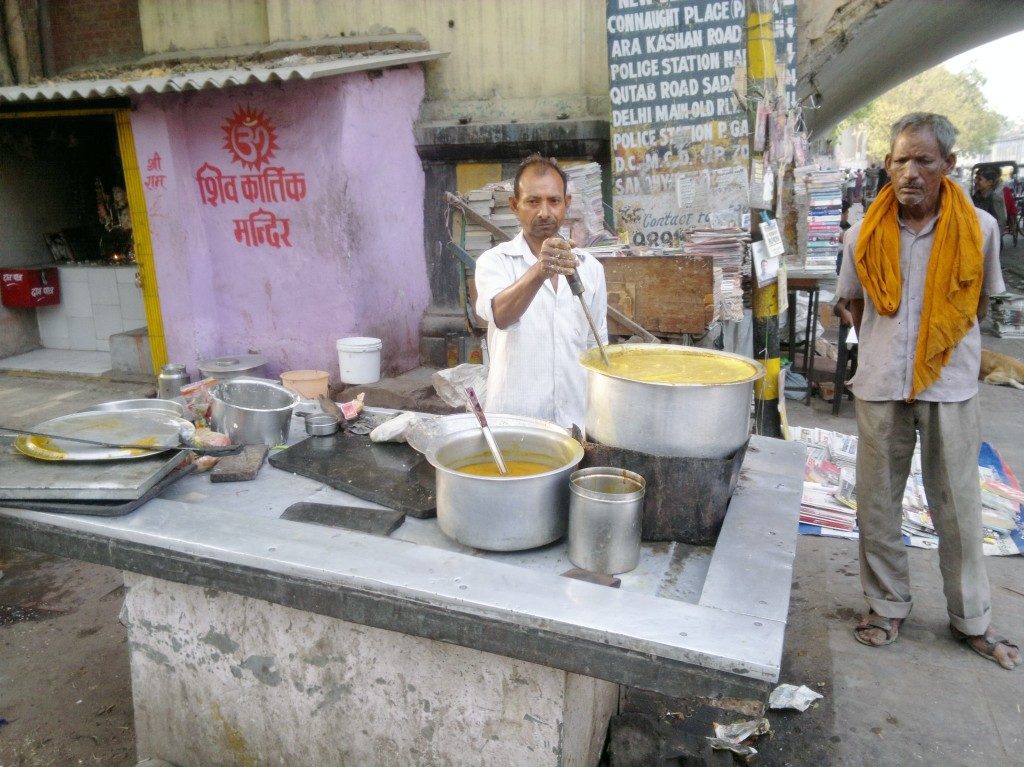 When I first set off as a 21 year old, I was tremendously naive. I’d been overprotected by my parents and was scared to catch a train at night by myself. Fast forward to me in my 2nd, 3rd and 4th visits there, travelling by myself between various cities, but often protected by a burqa from the prying eyes of men of any religion (or none), who would seek to be sleazy. Honestly, those who would bash the veil do not know what a protection and a comfort it can be. Which is not to say the enforcement of wearing it is a good thing, but the choice to do so can only be understood from within the culture. Until you’ve walked a mile in a woman’s burqa and veil, you have no right to tell her to take them off. But I digress.

I should point out, and please try not to hate me, that I was part of a christian group at the time. Though we were not booklet-waving evangelists, we did nonetheless have as some sort of credo that we were there not only to learn all about India, but to share our faith. And we were doing it in a contextual way, referring to god as Allah with muslims (since Allah is the arabic word for god, and early middle-eastern christians used it). We also wore Indian garb, lived amongst Indians instead of staying in hotels – sometimes in student dorms, sometimes in slums, and sometimes renting houses in neighbourhoods far from anglos or christians – such as the time I spent in Patna, Bihar. 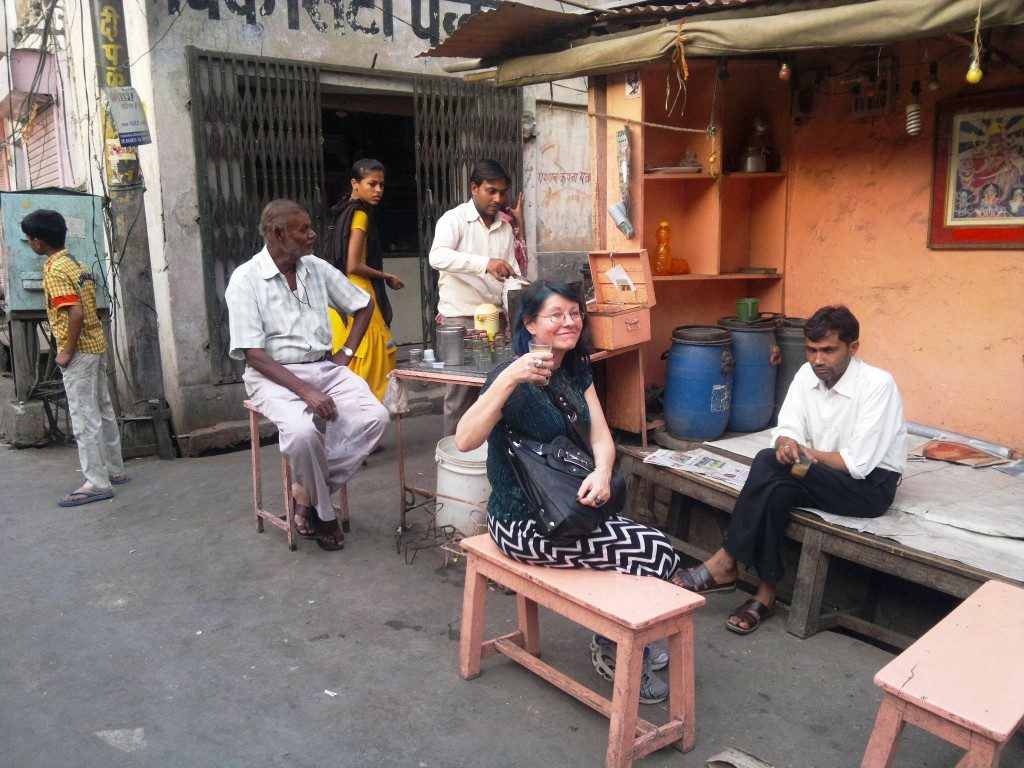 Without this experience I too may be able to write off huge portions of humanity as all the same, based on their religion, or what country, state or caste they came from. Having met so many individuals who were just that, I knew differently. In this age of intolerance, especially towards Muslims, I am so glad that I have met so many lovely ones over the years, that I know firsthand just as in every other religion there is good and bad, those striving to make the world a better place and those looking out for number one. Putting rules or principles above people is the big take away for me as something we must be very careful of.

Likewise, as I saw the extremes of poverty I’d not seen in Australia, and heard stories of people who were victims of violence and abuse they could not escape, I understood more keenly the plight of refugees which has stayed with me to this day. If you have not seen a woman burned by her mother-in-law, husband or other relative because she could not afford the dowry, you won’t get how horrific (and real) the practice is. Until you hear low caste people tell you of the indignities and injustices meted out to them just because they are not brahmin, you won’t understand how complex and problematic the caste system is.

At the risk of sounding self-congratulatory, I must confess many mistakes were made, cultural snafus – such as the time in Bihar when a kindly neighbour visited to get back the cooking pot she’d loaned us, only to see, with horror, that I was boiling underwear in it! (In my defence, the pants had fallen down the hole that was used as both toilet and wash-sink….)

There were the misunderstandings – hilarious to us at the time until it landed some in house arrest – as authorities failed to understand why a large group of students would be so thoroughly immersing themselves in the culture – and decided we must be terrorists. I kid you not. At the time some thought we were Sikh sympathisers, Mrs Gandhi having been slaughtered not that long ago by her Sikh bodyguards because she stormed the sacred Golden Temple of Amritsar. Since proselytising was also a crime, we could hardly cop to that – so, rock and hard place, anyone? Teams were quickly travelling cross country to fly home, aided on some occasions by Indian friends.

For you see, the greatest gift of all was the connection with the fantastic people we met, with whom we formed friendships, and who would go the second mile for us, because they recognised in us some humanity that went beyond our cultural and religious differences.

Making friends who are from different cultures, countries, religions, ideologies, sexual preferences, gender identity and otherwise abled or skilled – this is what will enable us to go beyond our own xenophobia – and everyone has some. It is somehow endemic in humanity to consider some “us”, and others “not us” or “different”. Reaching across that barrier is one of the greatest things we can do to be authentic humans, who experience another person as they are, not as our construct has decided beforehand they are.

That’s as good a place as any to end this chapter. If nothing else comes from travel, from meeting those not like us, is the opportunity to get beyond the limitations of our own limited experience and see others and their lives for how they are.

Years later (2012) I went back with my husband, to do the touristy things I didn’t do as an earnest twenty something (like these ridiculous Taj Mahal pictures they make you take). 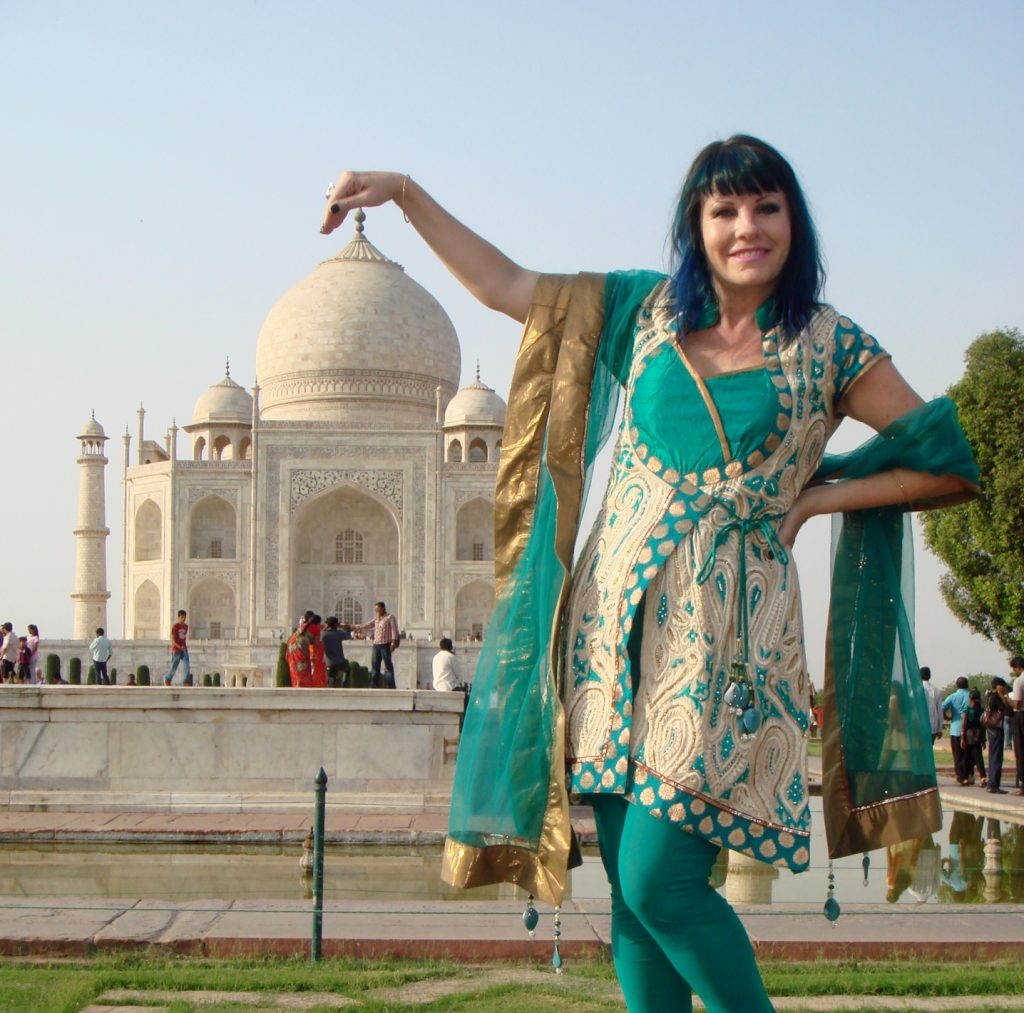 I couldn’t help but think how different my life and outlook would be, if I had only visited India for the first time as a middle-aged woman. My christian adherence has fallen by the wayside, but my social conscience, my love for the exotic, my thirst for adventure is all still there…and very much thanks to the indefatigable country that is Mother India.

My earlier posts on visiting India in 2012 are here.